Breakthrough in prevention of bike theft

E-bike manufacturers seem to have found the solution against the massive theft of electric bikes; the Smart e-bike with a GPS/GSM module. Of the first 6000 Smart e-bikes that bike manufacturer Sparta sold this year, not one has been stolen. A good reason for the bicycle industry to fully focus on this theft prevention.

Market leader Sparta -who sells 60,000 e-bikes per year- has decided to equip all new models with a GPS/GSM module. “The e-bike is popular among thieves. About 20% of all ordinary e-bikes sold will be stolen within a few months after purchase. Thanks to the smart module, we have been able to reduce this percentage to zero”. This while, in the normal course of events, hundreds of them should have been stolen already.

The Sparta E-Bikes with module can be recognised by a yellow sticker on the bar with the text ‘GPS Connected’. In this way, Sparta hopes to discourage thieves from stealing a bicycle. When a Smart E-Bike is tampered with, the owner receives a notification via an app on the smartphone. If the bicycle should be stolen after all, it can be traced to within a meter.

In addition to bicycle manufacturers, bicycle insurer ENRA is also convinced. The theft premium for a Smart E-Bike is only a quarter of the insurance for an e-bike without a module.

Want to find out more about the Sparta Smart E-Bikes? Then click here. 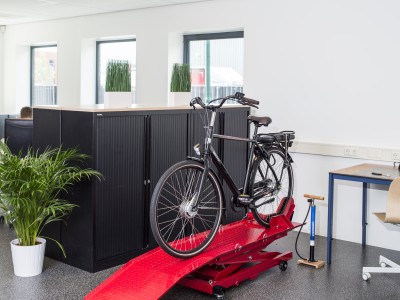